Arc Fault Detection Devices (AFDD’s) are devices that protect specifically against arc faults. They automatically trip a circuit when they detect dangerous electric arcs. By cutting off the electricity supply AFDD’s offer protection against electrically ignited fires in buildings.

More than 24% of fires in Europe are ignited by electrical failure (Geneva Association, Risk and Insurance Economics).

Although you have the general protection for your electrical unit converting things such as overloading, short circuits and earth fault currents. There is one fault though that the general safety measures won’t protect against which is electrical arcing within a cable or connection.

Arc Fault Detection Devices work by protecting specifically against arc faults, as they automatically trip a circuit when they detect dangerous electric arcs, preventing the outbreak of a fire.

Whilst AFDD’s won’t electrical source ignition fires, they will act as another preventative measure to stop a potential source of the fire.

There are a number of installation configurations for AFDD’s to suit the location. 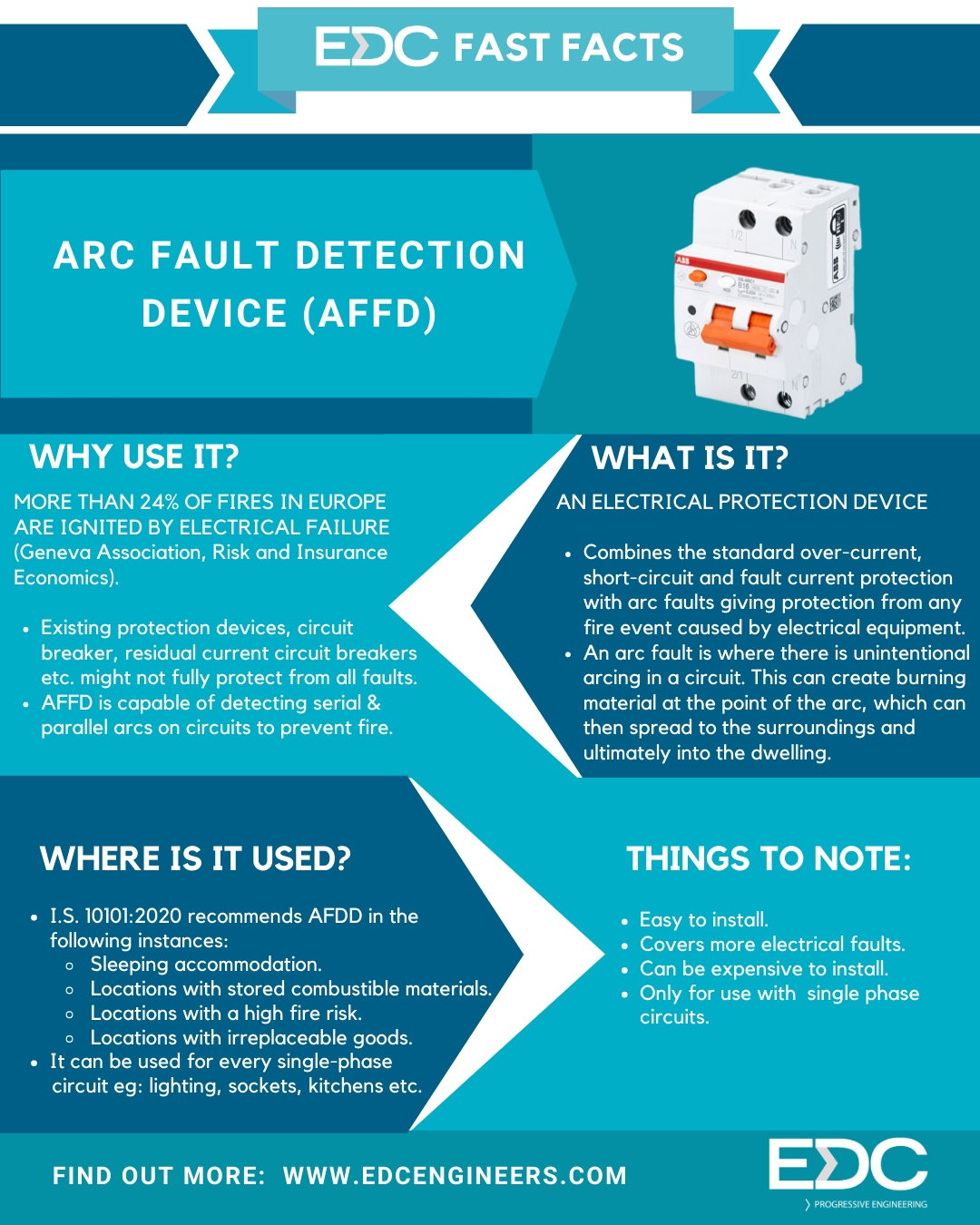 Stay in the know

Sign up to receive our monthly newsletter with all the latest news and insights Ireland and the UK delivered straight to your inbox.